MIDI’s new logo and identity was created as an interaction between visual and sonic, for the next generation of music makers and music lovers, by musician Yuri Suzuki together with graphic designer Sascha Lobe – both Pentagram partners. 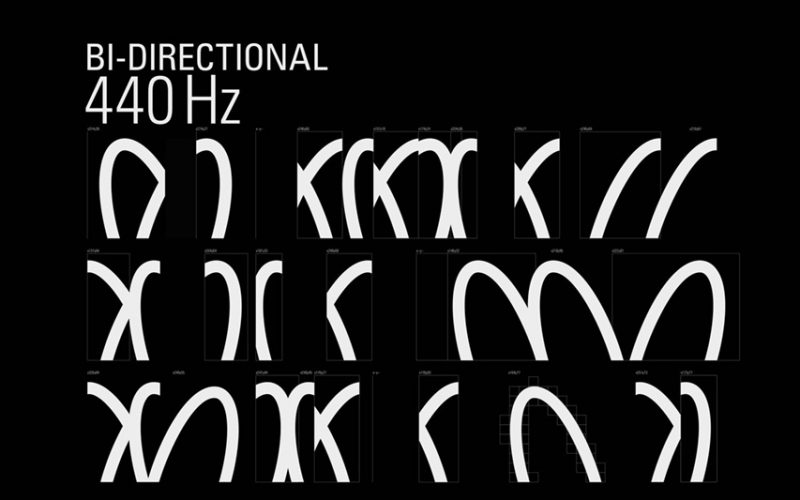 „Taking centre stage in the identity, the trademark is inspired by musical forms, such as the Stuttgart pitch, which is an oscilloscope reading of sine waves at a frequency of 440 Hz. The Stuttgart pitch serves as a tuning standard for the musical note of A above middle C, or A4 in scientific pitch notation. A440 has been widely adopted as a reference frequency to calibrate acoustic equipment and to tune various musical instruments. 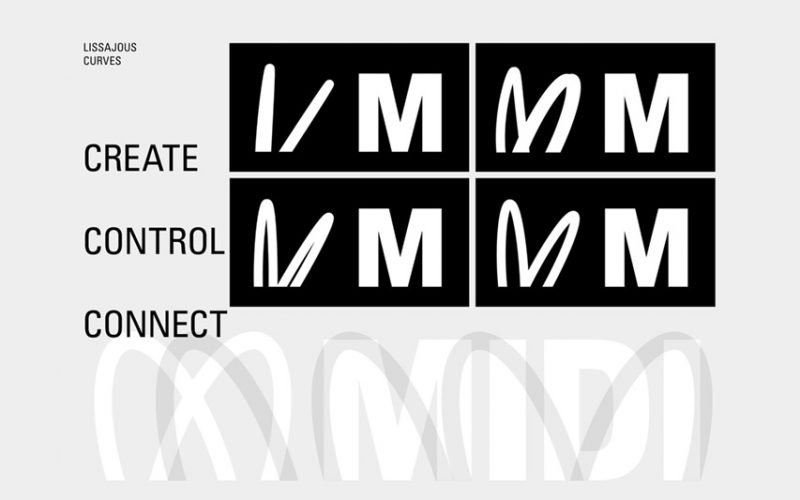 The wordmark design also references the shape of Lissajous curves, which are graphs of a system of parametric equations used to describe complex harmonic motion. The finalized design represents a modulation shape between 440 Hz – 880 Hz which is globally recognized as a tone for tuning instruments. 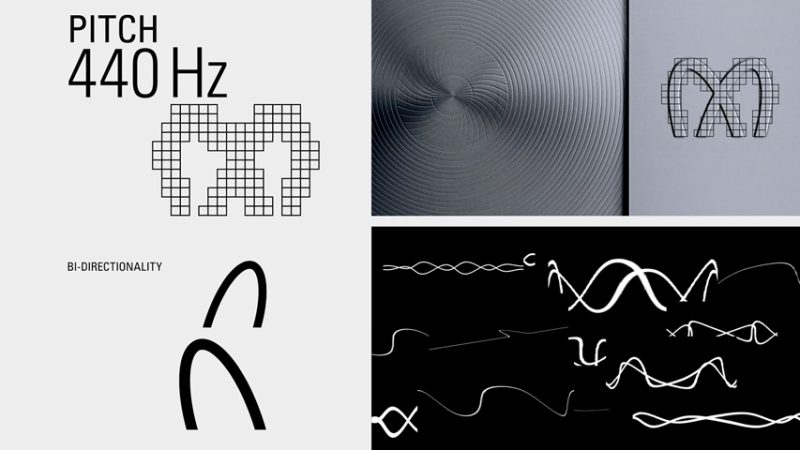 The sonic logo complements the wordmark design, creating a mirror between sound and vision. The pitch starts out at 440 Hz and then rises to 880 Hz, with subtle wave shape and stereo modulation. There is an anticipatory feeling to the sonic identity, similar to that of an orchestra tuning to 440 Hz or Strauss’ ‘Also Sprach Zarathustra’. The simplicity and power of these pitches can create a Pavlovian response. Minimal orchestral strings complement the sine waves.” – tells Pentagram.